One of the fastest land mammals in the world is the hare. Lacking any other formidable defense at its disposal, this small and timid animal can outrun predators at incredible speed. 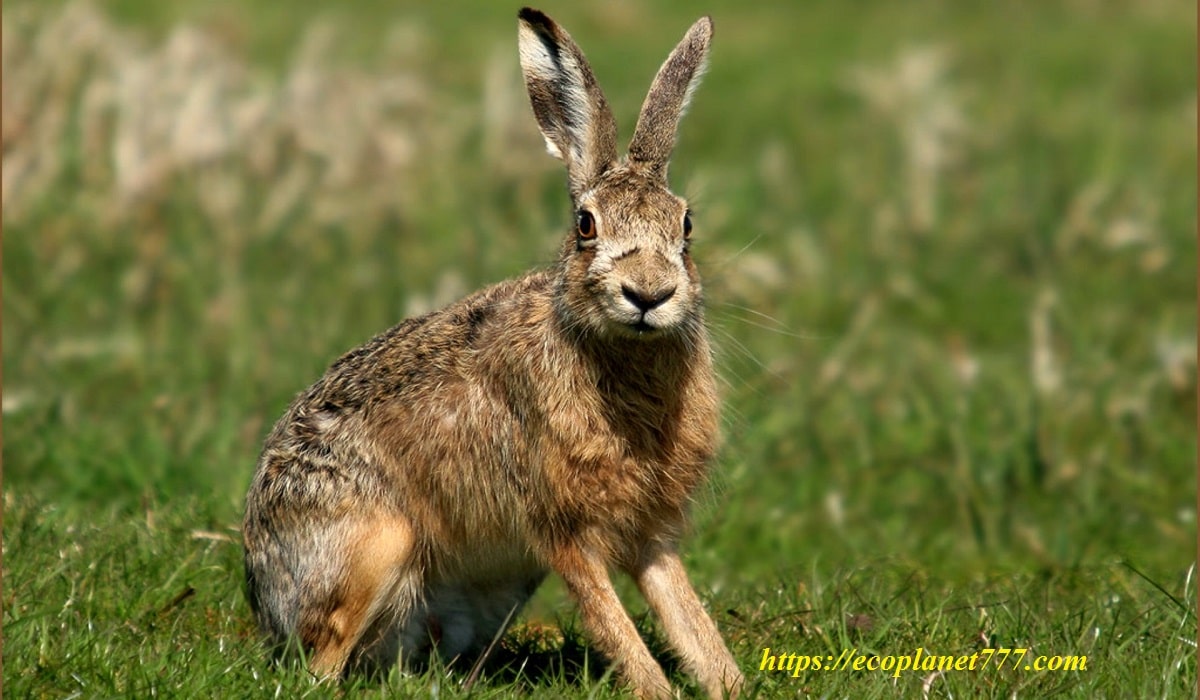 Description and characteristics of hares

Brown hares have a rather distinctive appearance, characterized by extremely long, black-tipped ears, powerful hind legs, a short muzzle, large eyes, and a robust body. They are much redder than the white hare and have a black top on the tail. There are red spots on the fur. Thick fluffy undercoat and long coarse hair on top. The eyes are a dark rich amber color in juveniles, which lighten with age. Head and body length 55cm. The weight of an adult is 3.7 kg (females) and 3.3 kg (males). The hare is larger than rabbits.
Other species have a body length of about 40-70 cm, feet 15 cm long, and ears about 20 cm long. Although hares are usually gray-brown throughout the year, hares living in northern latitudes can turn white in winter (in the far north some remain white throughout the year).

He has large front teeth that do not stop growing throughout his life. The animal must grind them down by chewing grass and other food.

The hare has impressively large ears. In relation to body size, they are perhaps the largest of all living mammals. They are thought to have long ears for two different reasons. First, they allow them to hear sound from almost any direction. Secondly, they are necessary to dissipate body heat and keep the hare cool, especially during the warmer months of the year. This is essential for the survival of the animal as they cannot sweat to get rid of the heat. Blood vessels swell in heat, lowering body temperature.

What is the difference between a rabbit and a hare? 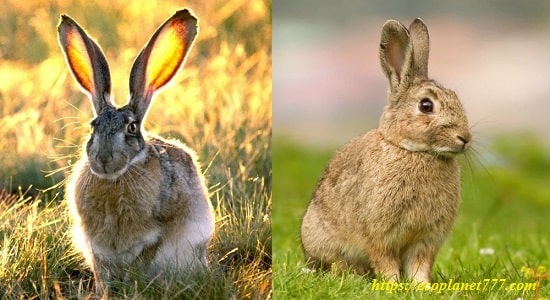 Rabbits and hares are sometimes difficult to tell apart, but you can tell a hare apart by its larger size, huge ears, and tendency to live in pairs rather than large groups. Another difference is the tendency to give birth to young above ground rather than in burrows. Hares also produce offspring that can survive on their own from birth.

Despite the outward resemblance, hares and rabbits are genetically incompatible. Too much time has passed on an evolutionary scale since they had a common “last common ancestor” from which both lines split. They also have a different number of chromosomes, which makes them completely incompatible. By comparison, hares and rabbits belong to completely different genera. It’s like the difference between, say, a domestic cat and a tiger.

Where does the hare live?

Brown hares were brought during the Iron Age from the North Sea. They are widespread in the lowlands throughout England, Wales and Scotland. Recently introduced to Northern Ireland.

Hares, as a species, are found naturally throughout Europe, Asia, Africa, and North America. Due to the large number of habitats to which this genus has adapted, each species inhabits a different geographic range. The mountain hare is a well-known species that lives from Alaska to the highlands of California and Nevada. The African hare, as the name suggests, inhabits most of Africa. The Arctic hare is one of the few species adapted to the harsh conditions of northern Canada and Greenland.

The European hare, found in Europe, the Middle East, and as far east as Siberia, is perhaps the most common hare species in the world. In recent centuries, it has been introduced to Australia, New Zealand, South America, and parts of North America as game game. But after getting out of control, the species is now considered a pest in many parts of the world as it consumes crops and outcompetes native species. In contrast, some hares are endangered, such as the Tehuantepec hare in southern Mexico, the hare in northern Spain, and the Hainan hare, found on Hainan Island, off the coast of southern China.

These animals prefer to inhabit open plains such as grasslands, deserts, tundra and savannas. Although this sometimes makes them vulnerable to predators, their remarkable speed often allows them to get away even in relatively flat areas. If they need to hide, then the hares hide in the grass, bushes or hollows. Only a few species live in more wooded areas.

Hares are well-built physically creatures, with well-developed hearing, smell and vision. Their wide field of view allows them to detect predators approaching from anywhere around them except for a small blind spot in front of their nose. They are also excellent swimmers who can cross rivers and large bodies of water with no problem.
Brown hares live in very unprotected habitats, relying on keen senses and running very fast to evade predators. Hares do not use holes, but make a small depression in the ground among tall grass. They can run short distances at a speed of 60 km per hour and longer ones at a constant speed of about 45 km per hour. Thanks to their powerful hind limbs, they can jump 3 meters in length.

It is a nocturnal animal that stays awake at night and sleeps during the day.

Hares are herbivores that feed mainly on grass in the wild. They can also consume cereals, nuts, fruits, vegetables, and mushrooms. Grass is extremely difficult to digest. Because these animals do not have multi-chambered stomachs like cattle, deer and other ruminants, they are thought to have evolved to eat their own droppings, which contain many undigested nutrients. This gives them the opportunity to digest all the nutrients left in the food.

Reproduction and pregnancy of hares 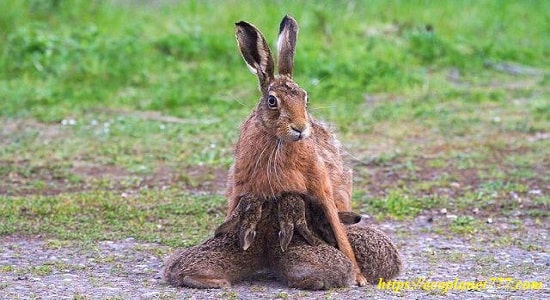 These are solitary animals that come together only to find a suitable mate. They produce pheromones from scent glands that play an important role in mating to attract the opposite sex.

Breeding rates are very high, and the season varies quite a lot depending on the species. Some species can breed at any time of the year, while others only breed during the spring and summer months. Brown hare breeding occurs from February to September.

Both hares and rabbits are famous for their high reproductive rate. The female can usually produce from one to eight children in one litter (rarely up to 15), up to three litters per year. The number of young animals usually depends on the abundance of food. The mother usually carries the babies for about 40 days. Hidden in a large grass, young hares are born with open eyes and fully grown fur. They can start jumping within minutes of being born.

Once a day for the first four weeks of their lives, hares wait to be fed by a female, but in general they do not receive special parental care. This avoids attracting predators to the young at the stage when they are most vulnerable.Weaning from breastfeeding usually begins around the 10th day of life and lasts up to 23 days. Although they are functionally independent shortly after birth, sexual maturity takes one to two years in most species.

The typical lifespan is four to eight years in the wild. If the hare is lucky enough to avoid diseases and predators, then the maximum possible life expectancy can be about 12 years.

Hares are natural prey for many large cats, birds and reptiles around the world. The hare is the most common prey for the lynx. This species goes through an unusual boom/bust cycle where numbers drop due to overhunting and then slowly recovers. This cycle occurs over the usual 8-11 year span.

Meanwhile, both the hare and the white hare are the prey of the fox. Other common predators include bobcats, hawks, eagles, snowy owls, wolves, coyotes, bears, and even weasels.

The hare has traditionally been a common food source for humans, and today it is still one of the most persecuted animals. Much of this hunting is done responsibly. However, an even greater threat is the loss of habitat, which has led to a reduction in its numbers worldwide.