There are more than 30 recognized subspecies of Eurasian jays, and their exact color patterns and plumage can vary widely across their geographic range. It is one of the most colorful members of the bird family, and due to its unique markings, it can be immediately recognized even in populations with markedly different colors. Learning more about the Eurasian jay can help birders better appreciate the uniqueness of this bird, as well as become more comfortable identifying it or attracting it more successfully. 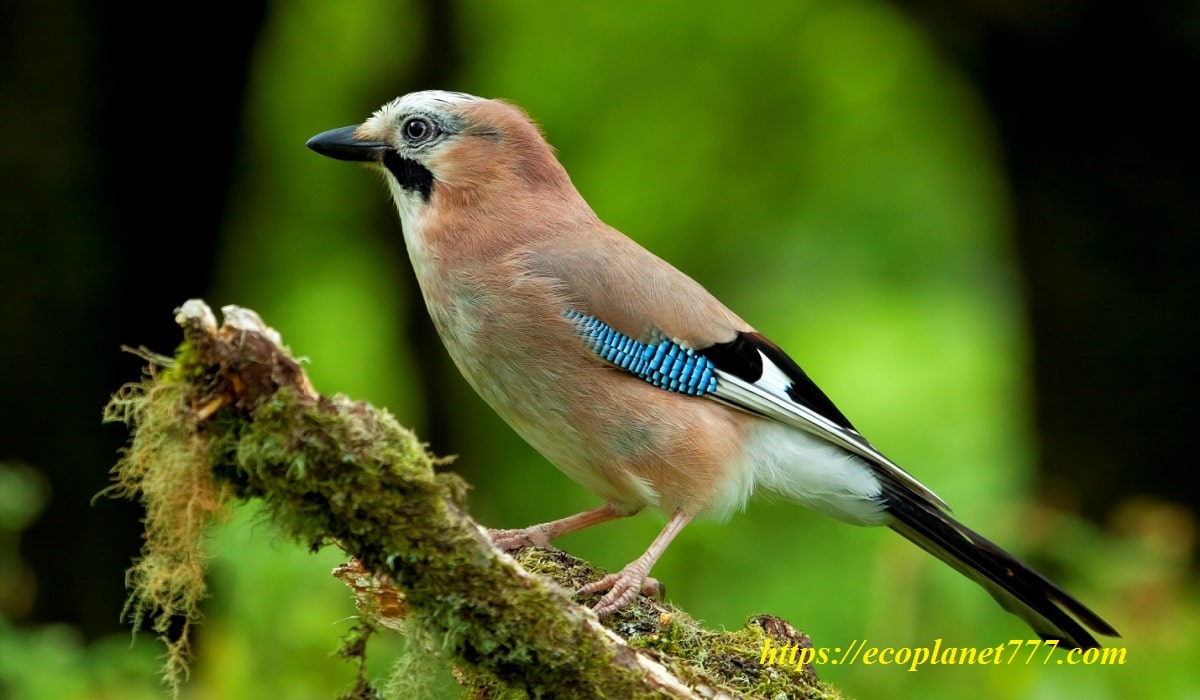 These jays are very distinctive, but because there can be great variation among populations over a wide area, birders need to be familiar with key markings to ensure they can correctly identify all Eurasian jays. The size and shape of the overall large songbird is a good place to start, noting the relatively short, thick, slightly rounded black bill with beak-like bristles on the underside.

The sexes are similar, but there are many geographic differences in plumage color and head markings. Typically, the upper body varies from pinkish-brown to a darker tan or rust color, with the back showing a more pronounced gray or grayish-brown coloration. The wings are black with a broad white patch and white border on the main feathers, and the upper wings are light blue with fine black stripes. The underside is paler, and the throat is white or light brown with thick black marabou stripes along the edges. The rump and lower tail coverts are white.

The crown and face vary most among populations and may be brown with black stripes on the crown, or white with a solid black crown. The forehead may be pale or dark. The tail is solid black and very gently rounded when open. The legs and feet are pale, and the eyes have a light iris that ranges from yellow to light blue.

Juveniles are similar to adults, but plumage is generally darker and head markings are less pronounced.

These jays are very noisy and can make a variety of calls and screams. The most common call is a piercing “aaack-aaaack” made when frightened, agitated or in flight, usually with 2-3 repetitions of even length. Some imitative calls, especially those of predators such as hawks and owls, are also part of the repertoire of these jays.

There is so much variation among Eurasian jays that it is difficult to note the exact regional differences among the widely dispersed populations of this bird. For example, both African and Middle Eastern birds have black crowns, but African birds have darker foreheads while Middle Eastern birds have lighter foreheads. European birds, however, have brown and black stripes on their crowns rather than a full black cap. The degree of white on the bird’s face can also vary among populations. The easternmost Eurasian jays of Russia, northeastern China and Hokkaido have cinnamon washes on the head and cheeks, with other variations in different regions. Birders traveling to specific locations should check their local field guides to see which Eurasian jay variants they can expect to see.

Habitat and Distribution of the Eurasian Jay

Eurasian jays can be found from western Europe and northwestern Africa to the Indian subcontinent to the eastern coast of Asia and Southeast Asia. These birds inhabit mixed woodlands, especially where there are oak trees, and are often found in parks, orchards and large gardens. The northern hair jay can be found in coniferous and birch forests.

Although Eurasian jays may become nomadic in the winter in search of the best food sources, they generally do not migrate very far. Mountain populations may retreat to lower elevations during the winter, especially when weather patterns are at their worst. 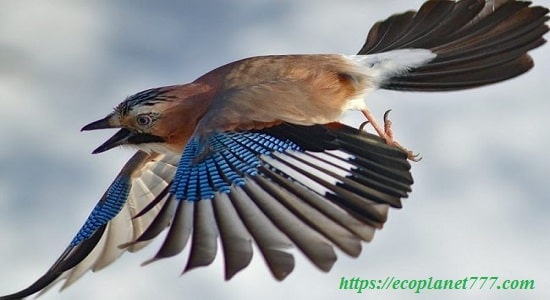 Eurasian jays are shy, secretive birds that are often heard rather than seen. They are usually solitary, but sometimes spend time in small family groups, and during cold periods of the year they gather in large communal nests. Eurasian jays are active during the day and have food in the trees and on the ground.

They often cache food, especially acorns from oak trees and bees’ cones, for winter and spring. Caches usually occur throughout the year, but are most intensive in the fall. Their usual call is an alarm call, a piercing, coarse scream used when various predatory animals are seen. Eurasian jays are also known for their ability to mimic, often sounding like different species, and it is almost impossible to tell them apart unless the jays are seen. They will even mimic the sounds of the birds they attack, such as tawny owls, if they attack during the day.

These songbirds are omnivorous and will sample a wide variety of foods, including nuts, fruits, insects, eggs, bird chicks, amphibians, and even small mammals. Because Eurasian jays are adapted to whatever food may be most abundant and easy to find, their diet varies by season and by region. When foraging, Eurasian jays pick up insects from the leaves or search for nuts on the ground and hide them for the winter. These hidden nuts have helped reforest many areas.

These are monogamous birds and are considered to mate for life, although Eurasian jays are not often together in the winter, but rather renew their pairing relationships each spring. A mated pair works together to build a cup-shaped nest with moss, grass, feathers, fur, or other soft materials, placed in a tree 12-20 feet above the ground.

The oval-shaped eggs range from whitish brown to grayish green and are evenly speckled. There are 4-7 eggs in a clutch, but only one clutch is raised per year by a mated pair. The female incubates the eggs for 16-19 days, and the chicks are fed by both parents for an additional 21-23 days after hatching.

Although they can support themselves independently, young Eurasian jays often stay with their parents for several months until they are driven away to find their own territory before the next breeding season begins.

Because of its wide distribution, overall adaptability, and high and stable population size, the Eurasian jay is not considered threatened or endangered. Some native subspecies may be more threatened, and habitat protection efforts are essential to ensure the safety of these birds. If this bird is split into separate species in the future, there may be greater conservation issues for more limited populations.

Despite their shy nature, these jays are often attracted to yards and gardens with mature trees, especially oaks or beech trees. Offering shrubs containing fruit, retaining fallen leaves for foraging, and offering peanuts on trays or platform feeders can also attract Eurasian jays to visit.

How to find this bird

Eurasian jays can be difficult to spot due to their solitary nature, but going to a mature forest with a suitable nut tree can lead to excellent observations. Birders interested in adding this jay to their life list should consider visiting nature preserves and wildlife refuges where feeding stations are available, as Eurasian jays will happily visit feeding stations for suet and nuts.