The glossy ibis (scientific name “Plegadis falcinellus”) is a bird from the order of storks that belongs to the ibis family. This species is listed in the Red Book as an entire population on the verge of extinction. 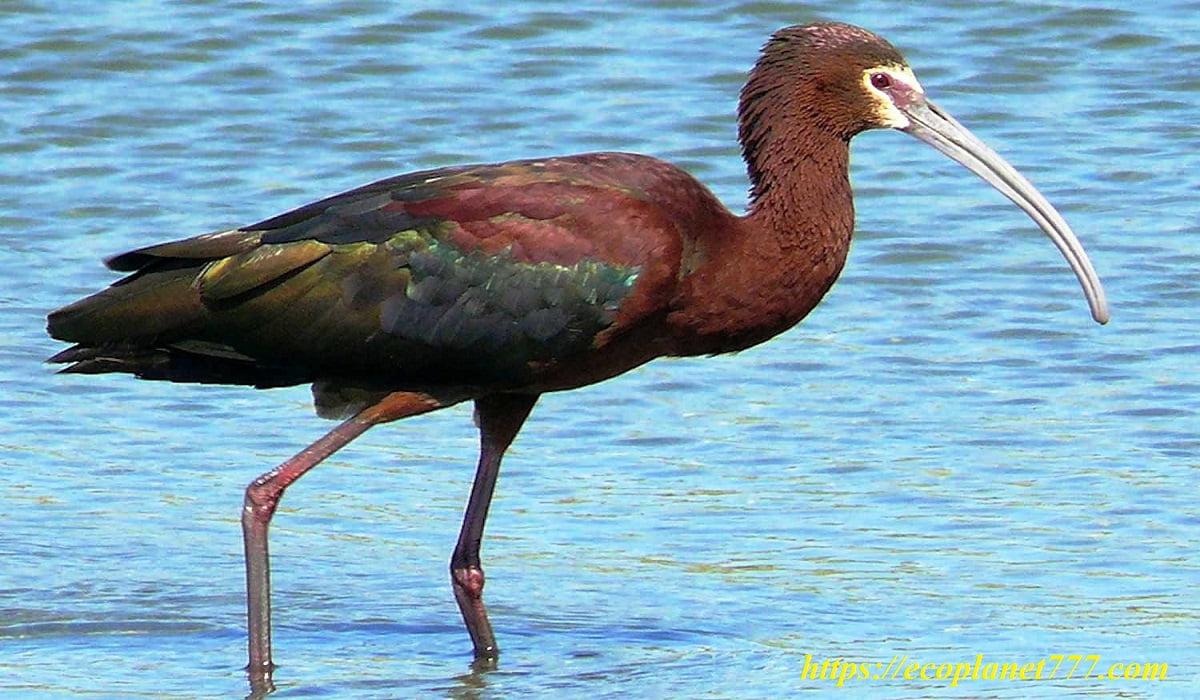 The ibis stands about 20 inches tall and has a wingspan of about 3 feet. It has a long, dark gray bill that is curved downward. It has dark purple to black feathers on its head, neck, back and belly. Its legs are long and black, and its wings and tail are a glossy green. During the breeding season, the ibis has rusty red feathers with light blue lines around its face.

The ibis uses its bill to scout for prey such as crabs, crayfish, insects and small snakes in the mud and silt. 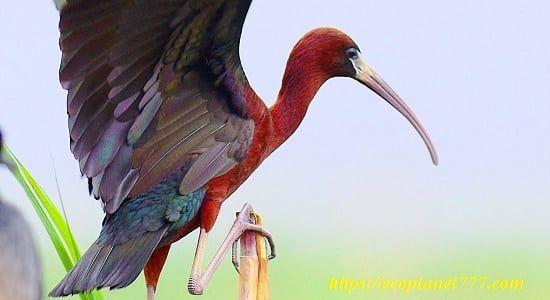 The ibis can be found along the east coast of the United States, from Maine to Texas. In winter, it lives from the Carolinas south to Florida, and along the Gulf Coast to Texas. It is also found in Central America, South America, Africa, southern Eurasia, and Oceania.

The glossy ibis can be found in a variety of wetlands, including marshes, estuaries, coastal bays, rice fields, and swamps.

The ibis lays three or four eggs in a nest made of twigs and sticks. Nests are usually built in trees or bushes, but sometimes they are also built on the ground. They build their nests in colonies, which include the nests of other ibis, as well as nests of other species such as egrets and herons. Occasionally, ibis will use the nests of abandoned egrets. Ibis are very territorial during nesting. 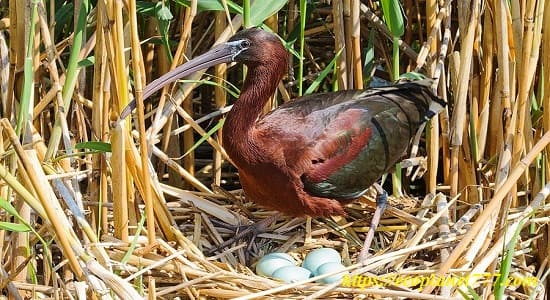 It takes about three weeks for the eggs to hatch. Females and males incubate the eggs together, but the female does most of the work. Both parents feed the chicks. The chicks emerge from their shells after about a month. When they are two months old, they leave the nest and begin foraging with their parents.

The glossy vireo is a relatively new species in North America. It came here from Africa. It may fly across the Atlantic Ocean to South America and then slowly expand its range to North America.