Oil pollution of the oceans

Oil is an ancient fossil fuel that we use to heat our homes, generate electricity, and power various sectors of the global economy. But when oil pollution occurs in the world’s oceans, it causes very big problems and negative consequences. Oil spills cause irreparable damage to the ecology of the planet. To combat this type of pollution, people have to make great efforts and use a lot of financial resources. 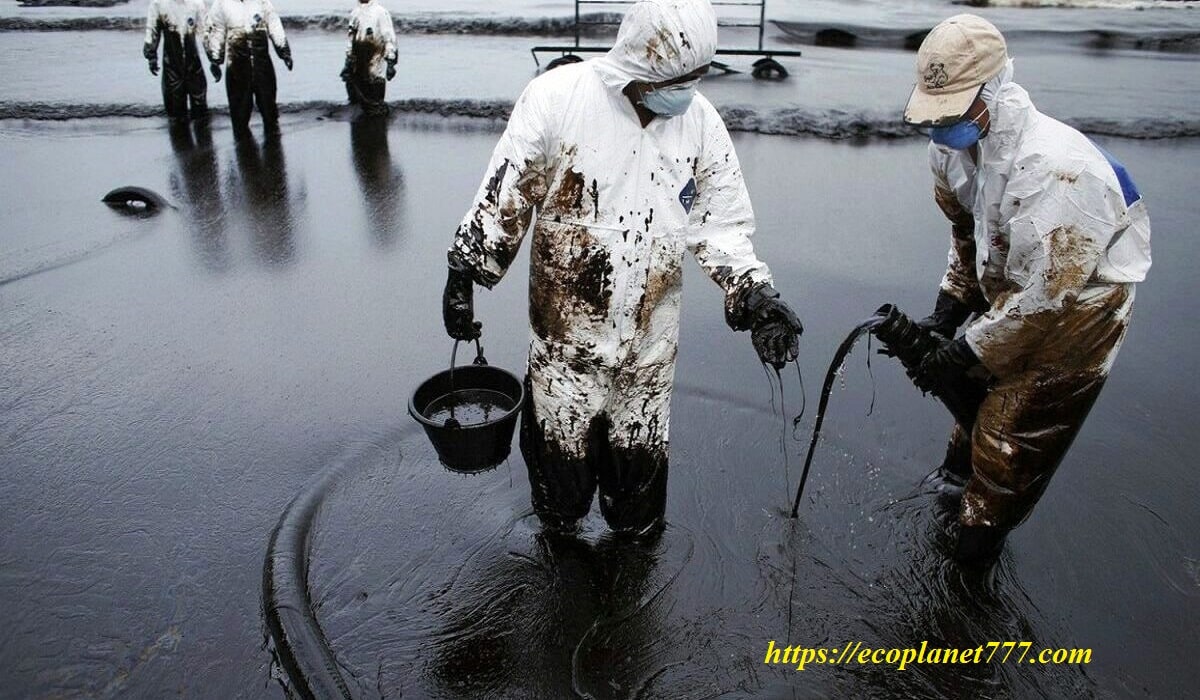 Crude oil is the liquid remains of ancient plants and animals that are fossil fuels used to produce a wide range of fuels and products. Oil is found underground or under the ocean floor in tanks. After drilling and pumping crude oil, oil companies transport it via pipes, ships, trucks or trains to refineries. There it is refined so that it can be turned into various petroleum products, including gasoline and other fuels, as well as bitumen (asphalt), plastics, soaps and paints.

Sources of oil pollution in the oceans

People usually pay attention to the problem of oil pollution in the world’s oceans when an oil tanker crashes or an oil platform disaster occurs. One such example is the Deepwater Horizon incident in the Gulf of Mexico in the spring of 2010.

In such cases, oil slicks often drift towards the coast, killing seabirds and mammals. But in fact, large-scale oil tanker accidents account for only about 10% of the total volume of global marine oil pollution.

Most of the oil enters the world’s oceans in very different ways, which do not allow an accurate assessment of global ocean pollution.

About 5% comes from natural sources, and about 35% comes from various shipping operations, including illegal dumping and tanker cleanup.

Oil pollution also includes the volatile components of this fossil, which are released into the atmosphere through various types of combustion processes, and then enter the water. This part, together with pollution from industrial effluents and oil rigs, makes up 45 percent.

Another 5 percent comes from other unexplored sources.

Causes of oil pollution in the world’s oceans 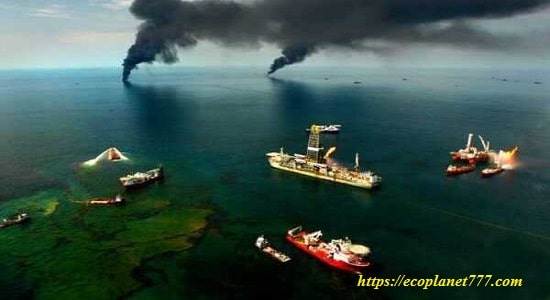 Oil spills happen more often than you think, and they happen for a variety of reasons. Every year, thousands of oil spills occur in US territorial waters. Most of these leaks are small, such as when refueling a ship.But these oil leaks still damage the ocean ecosystem, especially if they occur in areas such as beaches, mangroves or wetlands.

Large oil spills are dangerous disasters. They occur, as a rule, as a result of the breakdown of oil pipelines, the collapse of large oil tankers or accidents on drilling platforms. The effects of such pollution on the ocean ecosystem and the economies of many countries are felt for many years or even decades.
Oil spills occur almost everywhere where oil is drilled, transported or used.

When oil pollution occurs in the world’s oceans, NOAA specialists are involved. The mission of the Office of Response and Recovery is to develop scientific solutions to protect the ocean and coast from the effects of oil, chemical and marine debris pollution.

Crude oil consists of approximately 10,000 individual substances, the main component of which are hydrocarbons (over 95%). However, the exact composition can vary considerably depending on the place of origin. Crude oil also contains heavy metals and nitrogen compounds. 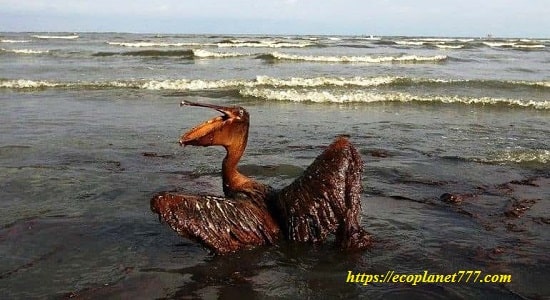 The degree of negative effects of oil pollution on marine habitats, as well as oceanic flora and fauna, varies greatly, depending on many factors. Among the consequences of pollution of the world’s oceans with oil products, it should be noted that the destruction of the largest animals on the planet, listed in the Red Book – blue whales. Large oil spills have the most devastating impact, although their effects are in most cases limited to regional scales. Since the 1967 Torrey Canyon oil tanker accident, when about 115,000 tons of crude oil spilled onto a reef off the south coast of England, numerous studies have been carried out that now give a very clear picture of the effects of various types of oil on living organisms and their habitats.

However, one oil disaster is never the same as another, and the exact consequences depend on a variety of conditions.

A critical factor in minimizing the effects of oil entering the world’s oceans is how quickly the oil breaks down or sinks from the sea surface to lower depths, where the damage it causes is likely to be much less.This is influenced by various physical, chemical and biological processes. Depending on many different environmental conditions, such as temperature, nutrient content in the water, wave action, etc., the breakdown of petroleum hydrocarbons can occur quickly or for a very long time. During the first few hours or even weeks, the oil product that enters the ocean is modified as a result of chemical and physical processes:

All these processes can take months or even years, but in some cases, under favorable conditions, they can be completed within a few days.

The reason for this discrepancy is that, firstly, different groups of substances contained in oil undergo biological decay at different rates. The rate of decomposition depends primarily on the molecular structure of the components of petroleum products. The more complex the hydrocarbon molecules, the longer the oil is broken down by microorganisms.

Secondly, the decay rate of various hydrocarbons increases due to the following factors:

Ways to solve the problem

Oil spill response and ocean pollution are primarily the responsibility of the coast guards of oil-producing and transporting nations, while NOAA experts provide the scientific backing to make smart decisions that protect people and the environment.

Now the necessary equipment and methods have been created, which are used by specialists to localize and remove oil from the environment in the event of its leakage.

Booms are floating physical barriers to oil that help contain it and keep it away from vulnerable areas such as beaches, mangroves and wetlands.
Skimmers are used to “skim” oil from the surface of the sea. Burning an oil slick is also used in pollution control, and chemical dispersants can break down the structure of oil, thus removing the oil slick from the ocean surface.

The effectiveness of dispersants is highly dependent on the type and condition of the oil.Another limiting factor is that these dispersants can generally only be used for a short time after a spill, as chemical and physical processes begin to reduce their effectiveness after just a few hours. If oil slicks are drifting towards the coastline, the use of these agents may be a reasonable option.

Dispersants displace oil from the surface into deeper water, reducing the risk of seabirds or sensitive flora becoming covered in oil. However, after the explosion on the Deepwater Horizon drilling platform in 2010, oil leaked from the well at great depths and entered the entire water column. Very little experience has been accumulated in responding to disasters of this type and magnitude. Huge amounts of dispersants were added as an initial reaction, with unintended environmental consequences.