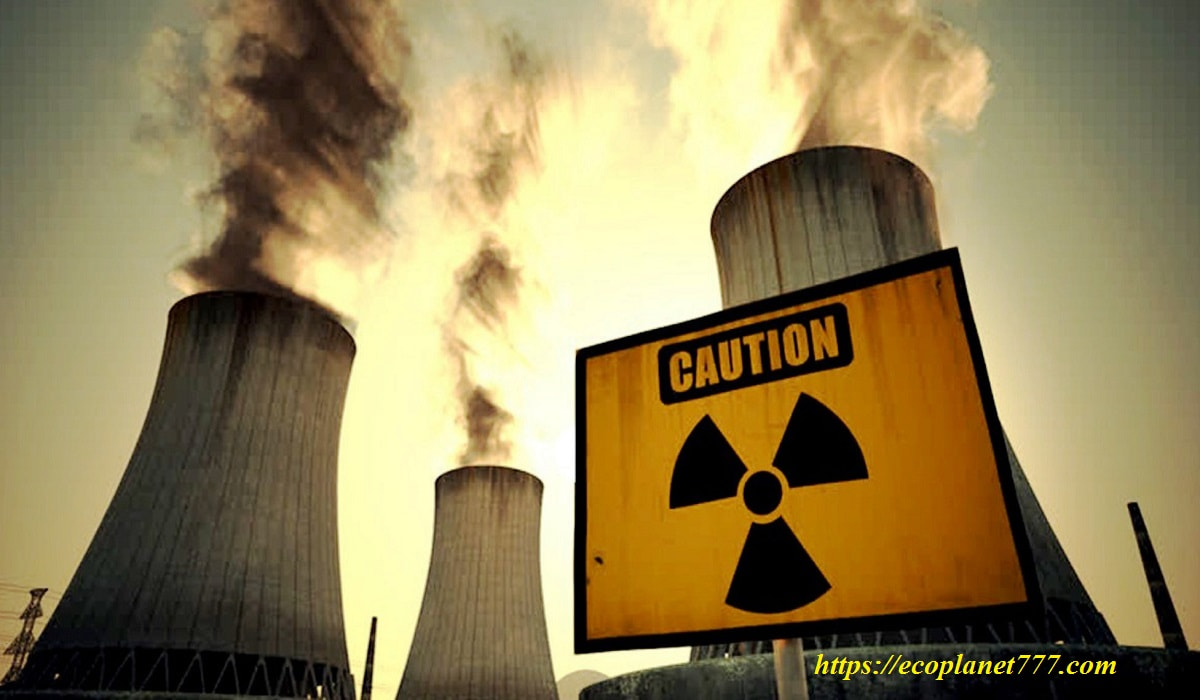 Living organisms in affected areas exposed to high doses of radiation may die.

Factors affecting the risk of contamination:

the distance from the source of the hazardous substance to the object or organism.

The main sources of radioactive contamination:

Radioactive waste is stored in special containers and storages. However, part of the liquid waste from the Minatom enterprise is located in open water bodies.

Consequences of contamination with radioactive substances.

The problem of radioactive contamination is one of the main environmental problems in the world due to several global disasters in the territory of some countries in which radioactive substances were released – the accident at the Chernobyl nuclear power plant, the accident at Mayak, the explosion at the plant near Kishtem in the Urals, Fokushima. 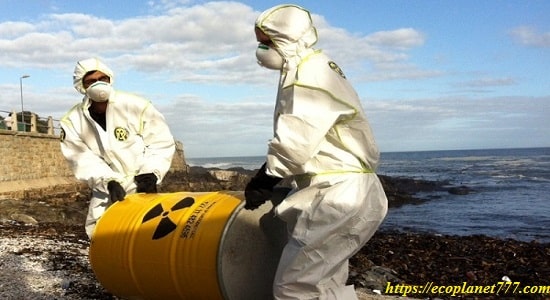 The most important radioactive sources include the following:

Some sources of pollution originate in the natural environment. They include permanent

In both cases, the dose of radiation is not dangerous for human life and health. Rocks that may contain radioactive elements have a strong influence on the radiation background. Such areas are characterized by radiation from the earth’s surface, which is amplified where the following materials are concentrated: palladium, uranium, radium, radon.

The main threat to the radiation background of the Earth is caused by human activities:

The development of this industry makes it possible to solve some of the problems associated with the search for autonomous energy sources, to make electricity cheap.

It includes a range of complementary industries serving the needs of the Russian military and civilian sectors. The most important components of this complex are:

At each stage of this industrial cycle, part of the radioactive particles inevitably enters the external environment and settles in the human body, polluting the soil, water and atmosphere.Given that during the existence of the nuclear industry on Earth, more than a thousand tons of plutonium (including weapons-grade plutonium) were produced, and about 10% of them ended up in the environment, about 10 tons of radioactive material still poses environmental problems for mankind. Long half-life of all plutonium nuclides prolongs the danger to the biosphere and humanity for thousands of years. The likelihood that tumors and hereditary diseases will shorten life and make it miserable will increase many times over. Awareness of this fact makes us strictly adhere to the rules of living in contaminated areas.

The Soviet Union was the birthplace of nuclear power plants. The first of them appeared in Obninsk near Moscow. This was in 1954. Later, nuclear power plants began to appear around the world. Their share in the production of electricity today exceeds 17 percent of the total energy balance of the planet.

Now Russia occupies the 18th place among the producers of nuclear energy and the first place in the safe storage and disposal of radioactive waste. The latter is the reason why Russia has a huge economic advantage as it receives waste from many of the world’s nuclear power plants. At the same time, this increases the risk of radioactive contamination in the burial sites. 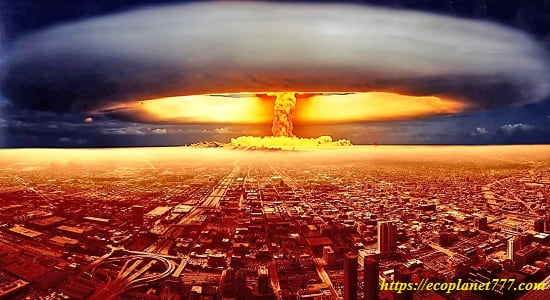 The world was first shocked by the explosion of the atomic bomb in August 1945. The two largest cities in Japan were razed to the ground in an instant, with all the buildings and almost the entire population.The remaining residents of Hiroshima and Nagasaki and the surrounding areas received severe burns, radiation sickness and various hereditary lesions. The descendants of the victims are still suffering the consequences.

Later, nuclear weapons testing continued. The Soviet Union held them in Semipalatinsk and Novaya Zemlya, the United States and Great Britain in the Nevada desert, France in the Mururoa atoll in the Pacific Ocean, and China in the Robusto plateau formed on a dry lake. By the end of 1992, all these countries combined had detonated more than 2,000 bombs. The greatest damage to people and the surrounding biosphere is caused by nuclear explosions occurring in the atmosphere. Air currents scatter radiation over a large area far from the epicenter.

An atmospheric explosion in China with a capacity of about three megatons covered vast territories of the Far East and Siberia, as well as Central Asia and Central Asia. The inhabitants of these regions are still feeling the effects of this Chinese experiment. China stopped its aerial testing in 1980. The Soviet Union and the United States did so in 1962 and 1963 respectively. As a result of the use of atomic weapons in the upper atmosphere for many years, dust particles from explosions there have spread radiation to all corners of the globe. Contaminated nuclear dust enters the soil, water bodies, human and animal organisms with precipitation. Thus, about five tons of weapons-grade plutonium were released into the environment.

Radiation has a wide range of applications in medicine. It is used both for the diagnosis of diseases and for their treatment. People who pass through them themselves become sources of radiation. To avoid radioactive contamination of other people, they must follow certain rules of conduct.

Science is also one of those human activities that affects the health and general condition of the biosphere through radiation from its conventional nuclear reactors and specialized synchrophasors. By the beginning of 1992, there were about 500 such reactors in all economically developed countries of the world. All of them posed a huge threat to the outside world.

The United States topped the list with 94 reactors. The Soviet Union had 66. Followed by Germany (25), France (19), Japan (19), Canada (14) and China (12). 2008 was marked by the completion of the construction of the Large Hadron Collider (LHC) near Geneva. Thousands of scientists from more than a hundred countries took part in its construction and maintenance. Now China intends to surpass this scientific achievement. 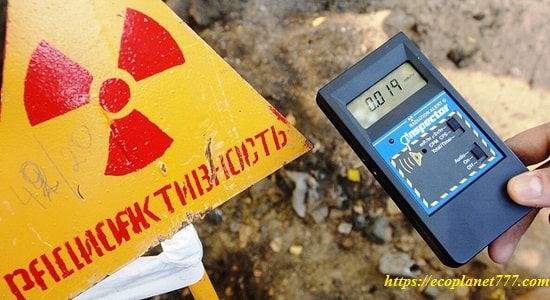 There are many radioactive contaminants. The main one is iodine-131, which mutates and kills the cells of living organisms during decay. It enters the thyroid gland of humans and animals and settles in it. Strontium-90 is very dangerous and is deposited in the bones. Cesium-137 is considered one of the main pollutants of the biosphere. Other elements of concern include cobalt-60 and americium-241.All these substances get into the air, water and land. They pollute living and inanimate objects, and also penetrate the human body, plants and animals.

Cosmic rays affect the biosphere even when people do not have direct contact with radioactive substances. This radiation is most intense in mountainous regions and at the poles of the Earth, while its effect is less intense at the equator. Those rocks that lie on the surface of the earth’s crust also emit radiation, especially radium, uranium and thorium in granite, basalt and other igneous rocks. 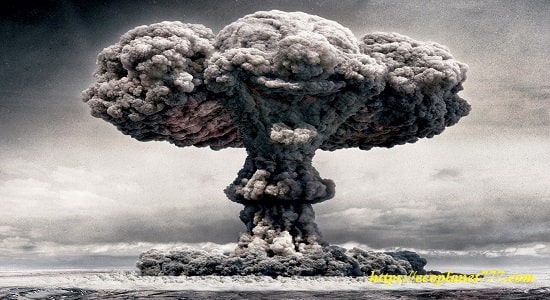 The use of nuclear weapons, the development of the energy sector and the extraction of certain types of rocks can cause significant damage to the biosphere. Accumulating in the body, various radioactive substances can act at the cellular level. They reduce the ability to reproduce, which means that the number of problematic plants, animals and people able to conceive a child will decrease. In addition, radioactive contamination increases the number of various diseases, including fatal ones.

Radioactive materials have a huge impact on all life in our world. They penetrate the air, water and soil and automatically become part of the biospheric cycle. Getting rid of harmful substances is impossible, but many people underestimate their impact. Radioactive materials can have both external and internal effects. There are compounds that accumulate in the body and can cause irreparable harm.Tritium, radioactive isotopes of iodine, thorium and uranium radionuclides are considered especially dangerous. They are able to penetrate the body and move through the food chain and tissues. Once inside, they irradiate a person, slowing down the growth process in young bodies and exacerbating the problems of mature people.

Harmful substances are highly adaptive and have their own characteristics, for example, some substances selectively accumulate in certain organs and tissues. Scientists have found that some substances can be transferred from plants to farm animals and then ingested through meat and dairy products. As a result, people suffer from liver diseases and problems with the functioning of the genital organs. A particularly dangerous consequence is the impact on future generations. Radioactive substances can affect the body in different ways. For example, some effects are felt within minutes or hours, while others may take a year or even decades to manifest. How strong the effect will be depends on the dose of radiation.

The dose of radiation depends on the power of radiation and the duration of its effect on the body. Obviously, the more radiation a person is exposed to, the more serious the consequences will be. Nausea, vomiting, chest pain, shortness of breath, headaches, and redness (flaking) of the skin are some of the main symptoms that may occur. Radiation burns can result from exposure to beta particles. They can be mild, moderate or severe. More serious consequences include cataracts, infertility, anemia, mutations, changes in blood composition and other diseases.

Large doses can lead to death. It has been found that approximately 25% of the radioactive materials that enter the body through the respiratory system remain inside. In this case, internal radiation is many times stronger and more dangerous than external radiation. Radiation can radically change the environment for humans and all living beings on Earth.

There were two major events in the history of mankind when global radioactive contamination occurred. These were the accidents at the Chernobyl nuclear power plant and Fukushima. Everything in the affected areas was contaminated and people received large amounts of radiation, resulting in death or serious and hereditary illnesses.

All kinds of animals and plants can exist normally with the optimal radiation that occurs in their natural habitat. However, in the event of an accident or any other catastrophe, radiation contamination can lead to serious consequences. 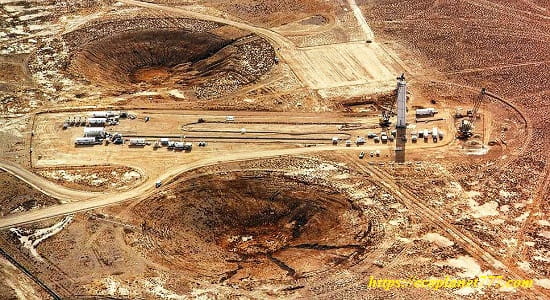 Two types of isotopes are used in nuclear weapons testing. Some of them have a very short half-life. They create a hazard in the vicinity of the test site immediately after detonation. But the threat is posed by isotopes with a half-life of 2-3 years to tens of thousands of years. They remain in the environment and gradually accumulate in living organisms, causing dangerous mutations and fatal diseases at the genetic level.

Only 35-40% of hazardous test products reach the ground with precipitation within three months. The rest, once in the upper atmosphere, remain there for many years. The Earth’s ozone layer is changing. Nuclear tests affect seismic activity by causing anomalous rise in water or movement of lithospheric plates. The experimental explosion of nuclear and hydrogen bombs leaves behind hazardous waste, the disposal of which worries environmentalists around the world.

Methods of dealing with the consequences of radioactive contamination

When an area and its facilities are contaminated with radioactive materials, urgent action must be taken to minimize the consequences. The main measures for the prevention and control of radioactive contamination: