Nearly 4 billion hectares of the earth’s surface is occupied by natural forest resources that are protected and used by people. The world’s forest resources account for approximately 30% of the total area of ​​the planet. 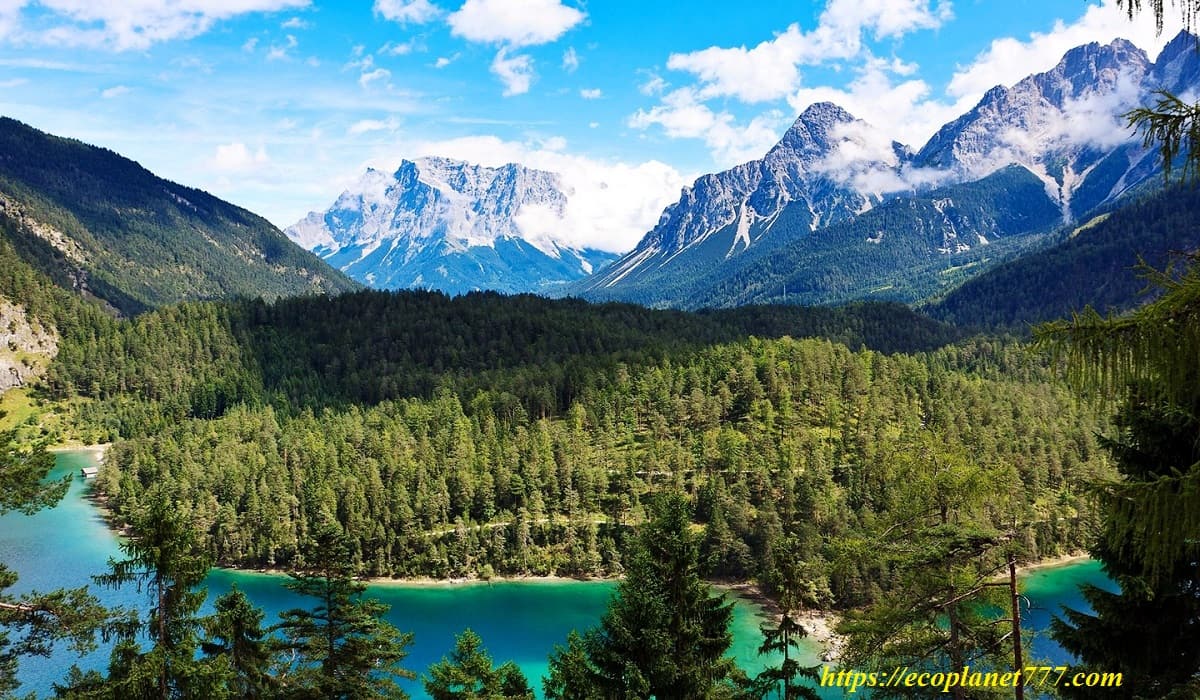 Forests are the repository of a wide variety of life forms such as plants, mammals, birds, insects, reptiles, etc. There are also many micro-organisms and fungi in forests that do the important job of breaking down dead organic matter, thereby enriching the soil.

Provision and reserves of forest resources

In developing countries, people get about a quarter of their income from the forest that surrounds them. But a recent study shows that these natural resources are becoming scarce, and their availability is declining over time.

The two main reasons for the decline in the availability of forest resources are the increase in consumption (mainly due to an increase in population) and the loss of forest cover.

Use of forest resources 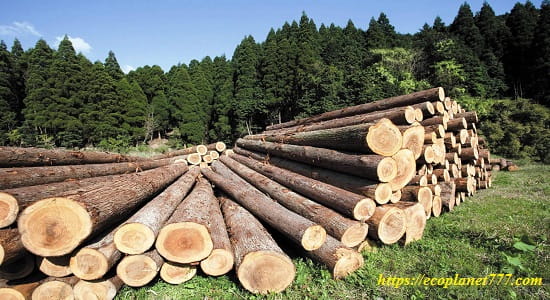 Forests are a valuable resource providing food, shelter, wildlife habitat, fuel, and daily supplies such as medicinal plants and paper.Forests play an important role in balancing the supply and exchange of CO2 on Earth, acting as a key link between the atmosphere, geosphere and hydrosphere. The forest is home to a huge variety of animals and insects.

The main issues related to forest management are the depletion of forest resources due to natural causes (fires and pests) or human activities (clear cuts, burning, land conversion).

Timber extraction is a widespread and historical practice with an almost global scope. The depletion of forest resources has long-term negative consequences for climate, soil conservation, biodiversity and other vital environmental issues.

Climate, soil type are part of the inanimate component.

Plants, animals and other natural life forms are part of the living component. Plants include trees, shrubs, creepers, and herbs in the forest.

Depending on physical, geographical, climatic and environmental factors, there are different types of forest.

Each forest type forms its own, special habitat for a certain community of animals adapted to living in it.

Forests are an extremely important natural resource with the potential to be sustainably harvested and used to produce a variety of goods.

Wood is by far the most important product harvested from forests. It is usually processed into paper, lumber, plywood and other products. In addition, in most forested regions of the less developed world, firewood is the most important source of energy used for cooking and other purposes. Unfortunately, in most cases, forests are over-cut, leading to widespread environmental degradation.

It is imperative that in the future all logging operations are carried out in a more responsible way in terms of conserving natural resources.

Forest resources of the world

The total area of ​​forests in the world in 1990 was about 3.4 billion hectares, of which 1.76 billion hectares were tropical forests. Today, the area of ​​forests has been significantly reduced due to extensive deforestation caused by human activities. Most of the deforested land has been converted to permanent agricultural use, while the other part has become semi-desert or desert. This global deforestation, which continues at a rapid pace, is one of the most serious aspects of the ecological crisis. 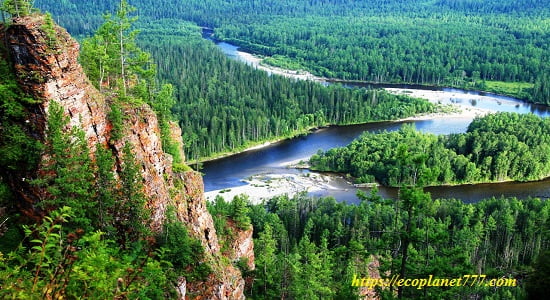 70% of the territory of Russia is covered with forests, which is 22% of the world’s forest area.

About 33.5% of the total forest area is primary forest, 64.1% is naturally regenerated forest, and the remaining 2.4% is conventional plantation.

The Russian boreal forests (also known as taiga in Russia) with an area of ​​7.7 million km2 make up 67% of the total forest area in Russia and are the largest forest region on Earth. There are relatively few tree species in these forests, and they consist mainly of birch, pine, spruce and fir, as well as some other hardwoods.

The taiga is a large forested area south of the tundra and covers half of the country. The northern regions of this zone are a mixture of natural tundra landscape and sparse growth of spruce and deciduous trees such as birch.To the south, the taiga consists mainly of spruce, pine, fir, cedar and some deciduous trees.

Many local people in the less developed regions of Russia are heavily dependent on the forest for timber harvesting and some forest products (eg berries, mushrooms, medicinal plants).

Demand for forest resources on world markets is increasingly threatening Russian forests. Forest fires also pose a serious threat to the nature of the region. Forest losses due to fires range from one to three million hectares per year.

Water is one of the most important resources on earth. The purest water flows from healthy, forested springs. Forest watersheds provide most of the water for domestic, agricultural, industrial and environmental needs.

The loss of access to clean water and the pollution of water sources are partly due to deforestation. The availability and quality of water in many parts of the world are increasingly under threat from overuse, misuse and pollution, and it is increasingly recognized that forests strongly influence both. In addition, climate change is changing the role of forests in regulating water flows and affecting the availability of water resources. Thus, the relationship between forests and water is a critical issue that needs to be given top priority.

The availability of water directly affects the health of forests and their inhabitants, highlighting the importance of the relationship between forests and water.Trees are over 50 percent water and need a constant source of water to grow and stay healthy. A healthy tree 30 meters high can take 41,000 liters of water from the soil and release it back into the air in the form of oxygen and water vapor in one growing season. Water from the soil enters their roots and is carried up the tree trunk to the leaves.

Trees serve as natural sponges, collecting and filtering rainfall and slowly releasing it into streams and rivers, they are the most effective way to purify water. The ability of forests to filter water benefits more than just our health and the health of the ecosystem. Natural forest cover is directly related to drinking water treatment costs, so the more forests in a source catchment area, the lower the cost of treating that water. Forests filter sediment and other pollutants from the water in the soil before it reaches a water source such as a stream, lake, or river.

Thriving forests are integral to the health of the planet, from our wildlife ecosystem to providing people with clean air, wood and paper products.

Forests provide complementary goods and services that are important for both human well-being and ecological integrity, including controlling erosion and water flow, and cleaning pollutants from air and water.

Of great importance are old-growth forests, which are a national value and need to be protected and cared for. In any case, it is clear that when forests disappear or degrade, so do the important goods and services they can provide.

They cannot defend themselves and are largely dependent on humans for conservation.

Ecology of the world’s forest resources